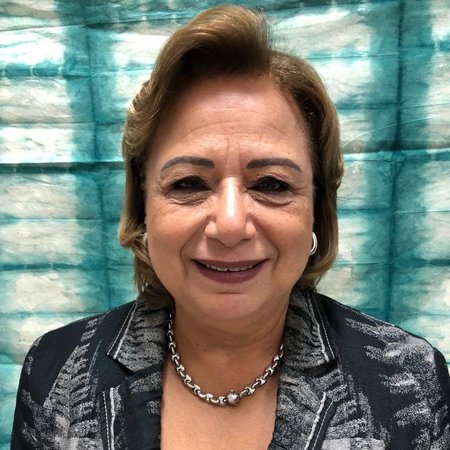 Dr Naglaa El Ehwany has been a Professor of Economics at the Faculty of Economics and Political Science, Cairo University, since 1998. Dr Ehwany was appointed as the Economic Advisor to the Prime Ministers of Egypt from March 2011 to May 2014. She was then appointed as Egypt’s Minister of International Cooperation from June 2014, to September 2015.

In addition to her academic duties of teaching and research, Dr Ehwany has also been appointed as Consultant to many international and national organizations between the years 1977 to 2002. Those organizations included the International Labor Organization, the UN Economic and Social Commission for Western Asia, the American Chamber of Commerce in Egypt, as well as the Arab Planning Institute of Kuwait.

Dr Naglaa El Ehwany earned her PhD in Economics from Cairo University in July 1984, and has published a series of research papers and articles on various topics, including investing in people and employment, labor rights, poverty reduction, labor productivity, skilled labor migration, analysis of the GATS Agreement, the construction sector, the private sector’s participation in providing infrastructure services. She also published several research papers in the field of integration and enlargement of the European Union and the Euro-Mediterranean partnership.