COVID-19 has caused a huge impact on China's economy and society since early 2020. This shock not only disrupted economic growth – the public health crisis it triggered also brought with it social and psychological crises. Although the pandemic has been brought under control, the impact it has caused still affects Chinese society. One example is the potential threat to food security.

China's grain output has maintained long-term growth since 2003. In 2019, China's grain output reached 66,384 million tons, an increase of 5.94 million tons compared to the previous year. Among them, corn, rice, and wheat are the three most important food crops, accounting for 81.6% of the total grain planting area. At the same time, China has also imported a large amount of grain. Since 2015, grain imports have remained above 100 million tons. In 2019, China's grain imports reached 106.1 million tons. As of September 2020, China has imported more than 84 million tons of grain, an increase of 22% over the same period last year. Domestic food production and international food imports support China’s food security system, and the pandemic has bought an impact on both sides.

And end to long-term growth

The impact of the pandemic on agricultural production mainly exists in three aspects. First of all, the quarantine measures at the beginning of the year put a considerable number of factories in a state of shutdown. A large number of labourers stay in the countryside, and agriculture-related industries lack the necessary labour, which affects the production of agricultural materials. Secondly, China has implemented strict traffic control during the pandemic prevention and control process, which has broken the logistics chain of agricultural materials, and it is difficult for agricultural stores to obtain necessary supplies. Finally, the suspension of work during the pandemic also directly delayed the planting of crops.

Under this situation, it is difficult for agricultural production activities to proceed normally, which may lead to a decline in food production. According to experts from the Chinese Academy of Agricultural Sciences, the output of rice in the south and the northeast of China will be reduced by at least 5% in 2020. February and March of each year are the important period for winter wheat planting activities such as fertilization and spraying of pesticides, and when agricultural materials cannot be continuously supplied, the existing production materials in major grain-producing areas cannot support the relevant agricultural production activities. In addition, the impact of the epidemic has also affected the aquaculture industry.

Strict traffic control measures have blocked the transportation of conventional production materials such as feed and veterinary drugs, making it impossible to transport them to the farms. The pandemic control activities have also led to strict restrictions on the resumption of slaughterhouses and feed mills in some areas of the country, as well as centralized destruction of livestock and poultry seedlings in some areas, which has disrupted the normal breeding cycle and seriously affected the sustainability of the breeding industry.

Sensitivities to the global market

The global pandemic of COVID-19 has also hit global agriculture, resulting in a decline in global agricultural production. According to the estimates of the Ministry of Agriculture and Rural Affairs of the People’s Republic of China, the global annual output of rice, wheat, corn and soybean is expected to be 2.724 billion tons in 2020, while the total consumption will reach 2.758 billion tons. The gap between output and consumption is expected to reach 34 million tons. At this time, agricultural exporters will give priority to meeting domestic demand and reduce or even stop agricultural exports, leading to a decline in the supply of agricultural products in the international market.

As the market is more worried about the global economic recession, the demand for food, as one of the world's main anti-risk and anti-inflation assets, will increase significantly for the purpose of hedging and avoiding risks, and grain prices on the international market will also be pushed up substantially. For China, the instability of grain imports and the rising cost led to a decrease in the external availability of grain.

Since June 2020, COVID-19 virus has also been detected on several occasions in food imported from abroad and in its packaging. These foods are mainly seafood, and their low temperature and wet storage and transportation conditions provide the basis for the long-term survival of the virus. Some of them have also caused regional outbreaks within China. As the pandemic continues to spread around the world, China will face increasing pressure to import sufficient food under the premise of ensuring safety.

Is China facing a food crisis?

Under this trend, the central government has repeatedly issued the call to save food, hoping that the whole society will maintain the crisis mentality of food security. At the same time, corresponding systems and norms have been introduced in government agencies and schools, trying to reduce food waste in these two areas.

As the domestic epidemic in China is basically under control, and various industries have gradually resumed normal operations, the impact of COVID-19 on China's domestic grain production has been controlled within a limited range. And more than 80% of China's total grain imports are soybeans, and these soybeans are mainly used for oil extraction and animal feed. The production of other grain rations can basically be self-sufficient in the country. Therefore, the impact of COVID-19 is mainly to increase the cost of maintaining food security in China, and the continuation of the pandemic also adds a hint of uncertainty to the future. 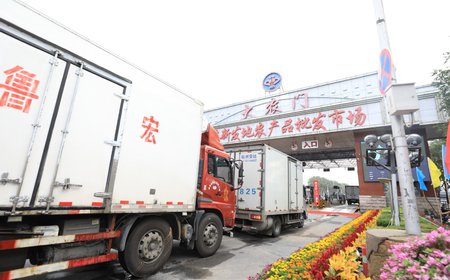 The impact of COVID-19 on China's economy

COVID-19 has both a positive and negative impact on China’s economy. While investment, consumption and exports, and service industries such as tourism, catering, movies, products retailing, and finance have been hit badly, digital economy, remote office, online education, online consultations and online shopping platforms have developed rapidly.
Read more 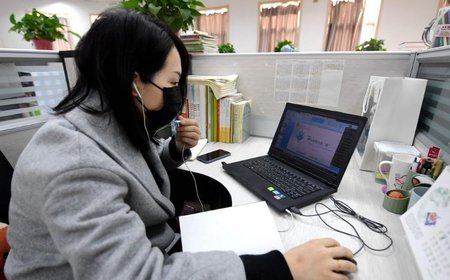 Online teaching in China during the COVID-19 pandemic

Starting in February after the start of COVID-19, China has successively issued notices of "closed classes" in universities, middle schools and primary schools. Subsequently, schools at all levels adopted multiple modes to carry out online teaching work to ensure that students can complete the course at home. But how effective is online teaching?
Read more