Despite the common misconception that migrants are mainly men, 48% of international migrants globally are women.

Reflecting broad changes in their social and economic status, females constitute an increasing share of migrant populations, with the number of women migrating internationally growing steadily. The 2020 World Migration Report shows that over the period of 20 years (from 2000 to 2020) there has been an estimated 0.4% increase in female international migration, which suggests a slight increase.

Gender affects how people are able to contribute to and benefit from their destination community – and how, therefore, they are able to ultimately play a part in achieving basic goals of both social and economic development. Yet despite the increase and visibility in female migration, the gendered dynamics of migration along the China-Ghana corridor has received little attention. Even less visible is knowledge about how migrants’ experiences of gender are central to the patterns, causes and impacts of migration in the China-Ghana corridor

This blog examines the gendered nature of migration movements in the China-Ghana migration corridor and explores the extent to which gender can significantly affect all aspects of the migration process along the corridor and ultimately play a part in achieving broader developmental goals. It also highlights the policy implications of these gendered dynamics for Ghana-China relations. We argue that the invisible representation of women in the China-Ghana corridor is partly because available migration data is rarely disaggregated and partly because most of the migration literature tends to assume that migration experiences are gender neutral and therefore examine these experiences in a gender-blind context.

Overall, an increasing number of women are migrating in the China-Ghana corridor

The reasons for the increase in women’s migration include a lack of opportunities to engage in paid work and life options, divorce or separation, women’s desire for greater autonomy, a decrease in social restrictions on women’s mobility, and increasing access to knowledge of employment opportunities in receiving countries.

In Ghana, the China-Ghana corridor is increasingly becoming one of the dominant migration streams. The corridor has assumed growing significance as bilateral relations between Ghana and China has intensified with the inherent economic opportunities. While there is growing consensus that Chinese migrant flows to Ghana and vice versa have assumed growing significance, there is a paucity of data, particularly with regard to the types and numbers of migrants, or on its developmental impact. This has an impact on understanding the gendered nature of migration in the corridor.

While there are many scholarly works on Chinese migration, Chinese presence in Africa as well as Chinese trade and investment, a review of these literature shows little to no attention paid to the gendered migration process of Chinese in Ghana. Instead, Chinese migrants are treated as a homogenous group whether it is in relation to identity, trade, bilateral relations or migrant motivation or experiences. There is also a plethora of literature on Chinese participation in illegal mining in Ghana.

The emphasis on Chinese as an all-inclusive word describing Chinese people, their presence and activities inhibit a further examination into the social and gender dynamics of Chinese presence in Ghana. The term Chinese “masks substantial diversity across Chinese people” living in Ghana. On the other hand, it resets transnational migration processes as inherently male dominated subjugating the feminization of migration. Researchers have traditionally ignored gender in this corridor.

The lack of attention to gender in the migration literature partly also emanates from research methodologies which often are gender blind. To illustrate this point, Wang and Zhen (2019) use an ethnographic study to analyze “the roles of discourse of Chinese nationalism and the overseas Chinese state in the construction of ‘Chineseness’ among Chinese migrant entrepreneurs in Ghana.” Out of the total number of 38 participants interviewed, only 2 were women while 36 were men.

Chinese history in Ghana, economic activity and familial ties are clearly discussed from a masculine context. The history of Chinese in Ghana is told by Chinese male migrants and they are identified through their economic and social status as owners and/or managers of factories or restaurants. Female Chinese migrants on the other hand, although a few are described as Chinese businesswomen, are identified through their marital status and familial ties or even sometimes through commercial sex. Similarly, the literature on Ghanaian immigrants in China is not different as the largely gendered nature of migration has been under explored. Most of the literature examines trade, migration and diplomatic relationships between Ghana and China.

Female migrant experiences are there – if you look for them

There are, however, some references in the literature to gender inequalities in Ghanaian immigrants in China and vice versa. For instance, it is observed that because men have access to finance, there is a clear gender disparity in the volume and type of goods imported. Female traders dominate the importation of soft commodities or fashion and trendy items such as jewelleries and clothes, while males are more inclined to hard commodities like vehicle spare parts, luxury and durable items. While males can begin trading at a younger age and therefore have an early start in international trading, women have a late entry into international trade which means that they are more likely to trade at an older age because of the financial disparity which exists between men and women. The late entry is also because of domestic and gendered responsibilities that put women at a disadvantage.

Similarly, Awumbila et al (2011) examined the mobility patterns and dynamics of different generations of traders from the Makola and Kumasi Central Markets in Ghana to destinations in the Middle and Far East, including China, and the transnational strategies adopted to aid the livelihoods of these traders. The research findings highlight the reproduction of gender ideologies even in transnational trading with gender differences in types of goods traded and women often engaged in less capital intensive, but more demanding work such as in retail trade.

Despite the increasing visibility of women in the migration process and the increasing “feminization” of migration, little attention has been paid in the literature to the gendered nature of the migration process, particularly along the Ghana-China corridor. We argue that this invisibility is partly because available migration data is rarely disaggregated by sex, age, or other demographic variables, and partly because most of the migration literature tends to assume that migration experiences are gender neutral and therefore examine these experiences in a gender-blind context. This then inhibits our understanding of the gendered dynamics and patterns of migration within the China-Ghana corridor.

Secondly, the assumption of a “homogeneous” Chinese population in Ghana and vice versa, tends to feed into the discourse on migration being a male dominated process, and thus obfuscate the specificities of female experiences in the migration process. The absence of empirical data on female migration experiences both in China and Ghana thus obscures the significance of changing gender roles and relations and how these impact on the migration process in the corridor. This gap particularly raises specific questions such as about gendered economic activity, identity, autonomy and agency, as participation in decision making and political processes in each of the countries examined.

The discussion thus raises both hope and despair about the role of migration in empowering women and reducing gender inequalities in both countries. Globally, as discussed, female migrants may experience some financial empowerment and may escape rigid gender roles while simultaneously being discriminated against on the basis of race, gender and being immigrants.

Although there is a paucity of data, the literature reviewed indicates that both Chinese and Ghanaian migrants are engaged in some formal economic activities such as trading or managing a restaurant and therefore may be gaining some economic empowerment and improving their decision-making power, but there are also reports of their involvement in illegal activities such as in illegal mining (galamsey) and in sexual exploitation, which may be entrenching and reinforcing existing vulnerabilities and gender inequalities in the migration process.

There is therefore the need for further research to highlight the gendered nature of migration on the China-Ghana corridor and how this may be linked to the historical and contemporary perspectives of inequality in the relations between Africa and China. The various existing policy frameworks, such as the Forum for Africa-China Cooperation, are largely silent on gender but should also address these asymmetries in gender inequalities among migrants on the corridor. 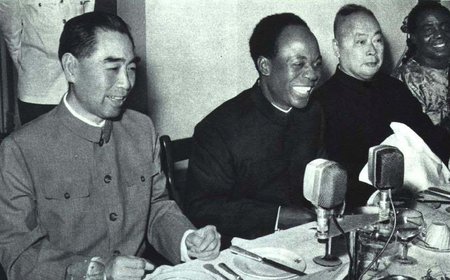 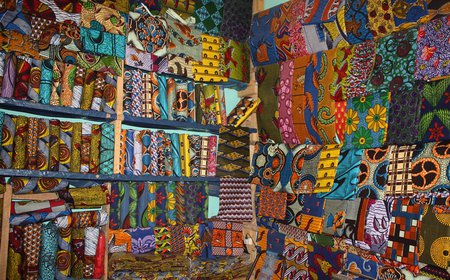 Se anomaa entua obua da: 'The bird that does not fly does not eat'

In this post Naa Densua Tordzro introduces the Ghanaian concept of 'Se anomaa entua obua da' or 'The bird that does not fly does not eat'.
Read more