The COVID-19 pandemic, to a certain extent, has laid bare the challenges health systems in many countries face during a crisis of such great magnitude. As a case in point, one only needs to consider the rapid spread of the virus and its death toll in certain countries in the global North. Toward the end of March 2020, in order to slow the spread of the virus no less than 173 countries imposed travel restrictions and, in some cases, closed their borders. Yet, for some countries the gulf is widening between the adoption and implementation of these measures. This is the case in Haiti which, despite closing its borders and airports to commercial flights since March 19, continues to receive an influx of return migrants from the United States and the Dominican Republic. During this global health crisis, these waves of migrant deportations will further weaken the country's health system, which was already characterized by its limited capacity to meet the needs of the population.

Migration deportations from the United States: A vector for the spread of COVID-19

During the pandemic, the US administration has deported thousands of people to Central America and the Caribbean; eighteen thousand in March 2020 and approximately three thousand during the first 11 days of April 2020. Several countries have reported cases of COVID-19 infection among the deported migrants: more than 200 to Guatemala, at least 2 to Mexico and others to Haiti. According to Jean N. B. Delva, Director of the National Office for Migration (ONM), during a May 15, 2020, interview on Radio Vision 2000’s show “Guest of the Day,” the US government deported more than 500 migrants to Haiti after the pandemic had been officially declared in the states. According to officials, of the deportees 3 had tested positive for COVID-19. If these deportations continue, the consequences will be even greater for countries such as Haiti, particularly when one considers that migrants are not necessarily tested before their deportation. Further, COVID-19 appears to be spreading rapidly within US migrant detention centers. During the first two weeks of May 2020, of the 30,000 migrants being held in these detention centers, 1,800 were tested for COVID-19 of which approximately 1,000 cases were detected.

Migrant movement along the border shared with the Dominican Republic

The Dominican Republic has reported 17,572 cases of COVID-19 infection and 502 deaths. It is the country most affected by the pandemic in the Caribbean. This situation necessarily has consequences for Haiti as, in addition to sharing a border, the Dominican Republic hosts the second largest Haitian migrant population following the US. It is estimated that 500,000 Haitians work in the Dominican Republic. During COVID-19 crisis, the temporary legal status of approximately 150,000 Haitian migrants has been suspended and many undocumented workers have lost their jobs. In addition to the usual deportations enforced by the Dominican government, thousands of Haitian migrants have fled the Dominican Republic during this crisis. According to the Director of the ONM, 21,000 migrants had already returned to Haiti by mid-May 2020. However, these numbers are to be taken with a grain of salt as, according to Mr. Delva, the Haitian government only monitors the 5 official points of entry although there are at least 100 points of passage at the border. Many migrants have crossed unofficial points of entry without being tested. Thus, return migration from the Dominican Republic has become one of the principal vectors of virus spread in Haiti. As a matter of fact, at a single official entry point at Belladère, more than 30 people have tested positive for COVID-19.

The challenge Haiti confronts with the COVID-19 crisis

Haiti declared its first cases of COVID-19 on March 19, 2020. The government adopted a number of measures in an attempt to contain the spread of the virus such as declaring a state of emergency across the nation, the closure of schools and factories, among others. As recently as May 21, 2020, wearing masks in public spaces was mandated by presidential decree. However, these measures have not prevented the spread of the virus. By June 1, 2020, the Ministry of Public Health and Population confirmed 2,226 cases of infection in Haiti, of which 45 have died. The true number of infections are most likely much higher given the country’s limited testing capacity. Since the announcement of the first cases in Haiti through May 21st, just over 2,100 COVID-19 tests had been administered. These numbers also suggest that the vast majority of return migrants have not been tested. This situation is quite worrisome because before the pandemic the country had only 124 intensive care unit beds and 62 ventilators. At present, there are only 4 medical centers with a total of 200 beds treating COVID-19 patients.

​In such a context, and without the ability to halt all deportations and the return of migrants during the COVID-19 pandemic, it is imperative that action be taken to provide support to returnees to prevent further spread of the virus in local communities. 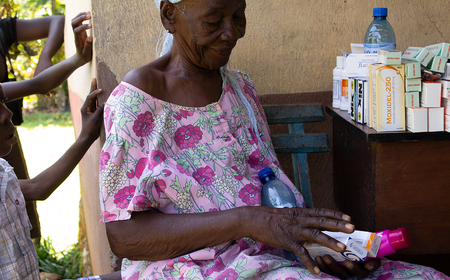 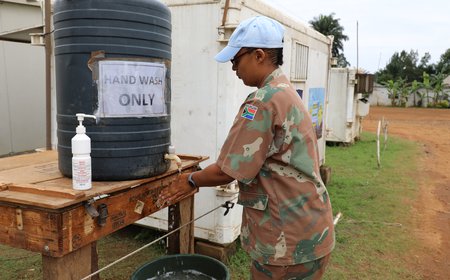 COVID-19: the humbling and humbled virus 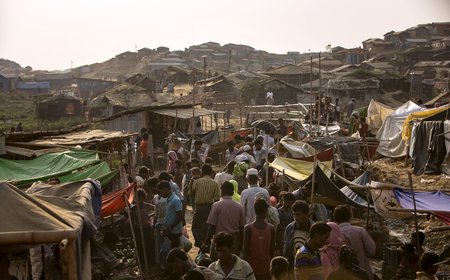