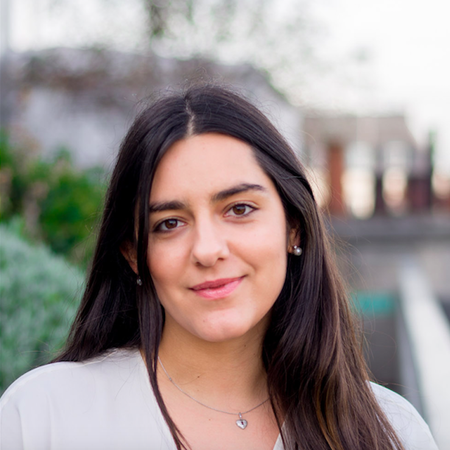 Francisca is a passionate and driven researcher working at the intersection of human rights, migration and technology. She is interested in how ICTs can be used to support and empower the most vulnerable in society. She is a PhD Scholar at the Royal Holloway University of London, the UNESCO Chair in ICT4D and MIDEQ.

Francisca has a background in comparative politics and public policy, with a focus on international development. She has worked for various advocacy and humanitarian organisations, using evidence to inform UN, national and corporate policy, programming and practice in the field of anti-trafficking and modern slavery. She currently works as a research analyst at Walk Free, a human rights organisation that aims to end modern slavery in one generation, and the producer of the world’s most comprehensive research dataset on modern slavery, the Global Slavery Index. Previously, she worked on the Migrant Tech lab at the United Nations University Institute in Macau on the project Apprise, a multi-stakeholder intervention for identifying victims of human trafficking and forced labour among migrant populations in South Asia across the fishing, manufacturing and sex work industries through the use of digital technology. She has authored several publications on the role of digital technology to unmask labour exploitation in supply chains, the need for human rights-based approaches to AI, and the use of public health approaches towards effective migration and anti-trafficking policies.

Her research project focuses on migrant voices and experiences of inequality and technology in the Global South using Participatory Action Research (PAR). Given that migration journeys and processes have become increasingly mediated by technology, she is interested in understanding whether ICTs can contribute to reduce inequalities and amplify agency in the context of environmental migration in the Haiti-Brazil migration corridor.